Personal attacks against an opponent

Two telltale signs of a self-defeating argument are: personal attacks on his argumentative opponent, such as questioning his intelligence and raising doubts about his motives. Ron Breaden employs both in his critique of Michael Gerson’s recent op-ed on Ketanji Brown Jackson’s confirmation hearings (Letters, April 4).

Such arguments are doomed because they are, in effect, a change of subject, an implicit admission by the author that he has no valid counter-argument on the substance of the matter.

Which of Gerson Breaden’s points does he oppose? Was it his observation that Republicans abandoned their job – assessing the candidate’s forensic credentials – and, instead, turned the hearings into a platform on which to hit their culture war coffers? Was it Gerson’s observation that such Trumpist antics have become disconnected from the man and now have a life of their own within the Republican Party? Was it (Republican) Gerson’s warning that such superficiality and cynicism, applied to an essential governance process, are yet more milestones on the downward spiral of the Republican Party’s demise?

We’ll never know because Breaden offered no real counterargument to the substance of Gerson’s op-ed.

An education free from political bias

I was delighted to read the excellent, if very long, story of effective and honest teaching in our schools (April 13). Apparently there are a number of teachers in Oregon, and briefly noted in other states, who have found specific and effective ways to teach students, especially regarding unearned privilege, discrimination, race and slavery. Many states suffer from the misfortune of having politicians who want to set agendas based on political biases, whether their own or those of their constituents. Teachers should not teach from any biases, theirs, ours or others.

If educators omit parts or otherwise alter the reality of the reality of the story and how any group of people was affected, they put the students at a disadvantage. A lot of students are really curious and want and expect a good education. But they rightly expect it to be based on exact truths past or present, however satisfying or painful those truths may be.

Many thanks to our teachers who seek to teach students a true picture of history, helping them to build a better life. In doing so, our teachers admirably exercise the noble profession they have chosen.

City Council met to hear testimony about allowing Northwest Natural to extend services to new construction. I entered the Zoom site just after 7 p.m., but it was too late to contribute because of the format. This is a flaw in the system and puts those who are not as technologically savvy at a disadvantage.

If I had been a council member listening to “testimony,” I, too, would have believed that everyone in Eugene wanted forced electrification. These voices occupied the majority of the time preventing others from offering alternative positions.

I agree with Brittany Quick-Warner when she said format is a poor way to determine what the average person wants. A poll indicated that more than two-thirds of people support the expansion of NW Natural. The people I spoke with — friends, associates and members of the business community — want NW Natural to continue! Because not everyone was qualified enough, these opinions were rarely heard.

Matters as important as this should be decided by a vote of the people. The approximately 30 people who testified about Eugene’s population of nearly 200,000 are not representative. This question should be on the ballot so that the electorate has the opportunity to choose.

In his opinion piece, Jim Ball cites his background for credibility purposes, but does not explain what he means by the following quoted passage in his column: “NW Natural is committed to providing an increasing percentage of renewable gas in the pipeline.”

“Renewable energy” is a popular term in the natural gas industry to argue for the continued use of natural gas, even though the industry knows this is a false narrative.

Let’s face it: renewable natural gas does not exist. It is still a gas that must be burned to produce energy. Natural gas or other carbon derivatives will continue to be needed at environmentally harmful levels until truly clean sources of energy can be produced in quantities large enough to protect and meet the demands of an overcrowded and poorly educated world.

Give Victoria Doyle a chance at CSC

I lived in Cottage Grove when Victoria Doyle was a member of the budget committee and an elected councillor.

I often saw her asking people about different issues and keeping in touch with community activities. You could tell that she felt a deep sense of obligation to the people who lived there and that she took her responsibility on the council seriously. She was a friend of the business community and made it a priority to look out for the interests of small businesses, which make up a large part of the economy.

Victoria has the experience to tackle housing issues in Springfield; she is passionate about ensuring the infrastructure is managed and making first responders a top priority. I can’t think of anyone I’d rather see representing my interests in government. Springfield deserves someone like Victoria, so vote Victoria Doyle for Springfield City Council!

New tricks of the trade

At a recent environmental event promoting Eugene’s electrification efforts, I observed a brief interaction between one of our protesters and a driver waiting in traffic at a red light. Then I asked him about the exchange. The driver, an electrician, said his job depends on electricity and electricity depends on fossil fuels. He claimed that we climate activists were supporting changes that threatened his livelihood.

The electrician might have been surprised to learn that, according to the US Energy Information Administration, Oregon now gets 68% of its electricity from renewable sources (non-fossil fuels). Oregonians’ declining reliance on fossil fuels is just one example of how the threat of climate change is fueling an energy renaissance.

The common threat to everyone’s ‘livelihoods’ is climate change, but even this threat is not without opportunity. In 2020, Oregon set ambitious goals and began taking action to reduce greenhouse gas emissions. It is expected that over the next few decades, these measures will create 10,000 new jobs and increase incomes by $2.5 billion.

Electricians and workers in related trades who are willing to learn new “tricks of the trade” will be among the most in demand.

America sought to use moral superiority over Russia in Ukraine, but found it badly injured near Baghdad, where nearly 20 years ago we did something eerily similar, which was also based on lies. We’re also discovering that hypocrisy doesn’t biodegrade that easily.

What is happening in Ukraine is tragic, and our best bad option is probably to give the Ukrainians all the weapons they need to fight NATO’s proxy war with Russia. As it seems the only alternative would be to see the Ukrainian people being destroyed, their homes and their infrastructure annihilated. The risk in this strategy is that if Russia continues to lose, the war may spread outside of Ukraine. Putin knows he will not survive if Russia fails in this mission.

Another sad fact is that the formula for shifting the Russian people’s support for Putin’s war may now involve bringing thousands of dead Russian soldiers back to their families. It’s a horrible mess for everyone involved, regardless of the end result.

Why don’t we save Ukraine?

Dear President, you are taking too long not to give Ukraine everything it needs. He needs it now. What’s up with you? Isn’t it worth saving Ukraine, a country of 44 million?

There you are, wanting a $5 trillion package for our luxuries while giving much less to Ukraine. Only $13.6 billion? For every dollar you donated to Ukraine, you saved $367 for your package. It’s not even a sacrifice.

Congress and the people want you to do everything you can. If you gave Ukraine half a trillion dollars, the war would be over. You know. We know that. So why isn’t it happening?

I would have liked our troops to be the first to stand immediately inside this Ukrainian border. It would have meant something.

While touring our beautiful state, I frequently see signs indicating that a section of the highway is a memorial to various military or police officers who have served our nation or died in service. It recently occurred to me that our K-12 teachers – and especially the middle school cohort – are heroes too and should be honored in the same way. Please join me in calling on the state legislature to take up this idea.

The guest vision “Bi-fuel, hybrid energy way of the future” by Jim Ball was a welcome contribution to this important issue of “electric power versus natural gas”. Unfortunately, this “hot topic” is often discussed in a polarized way as one might expect.

After:Bi-fuel and hybrid power, the way of the future

Ball’s solution/approach is reasoned, informed and pragmatic, which is a welcome change. The fundamental transformation of how we produce and use energy is best served when we take the time to implement policies that consider the financial cost to everything stakeholders.

Efficiency, even in extreme weather conditions, is also key to consider, as well as environmental impact, of course. Thank you, Jim Ball, for your contribution! 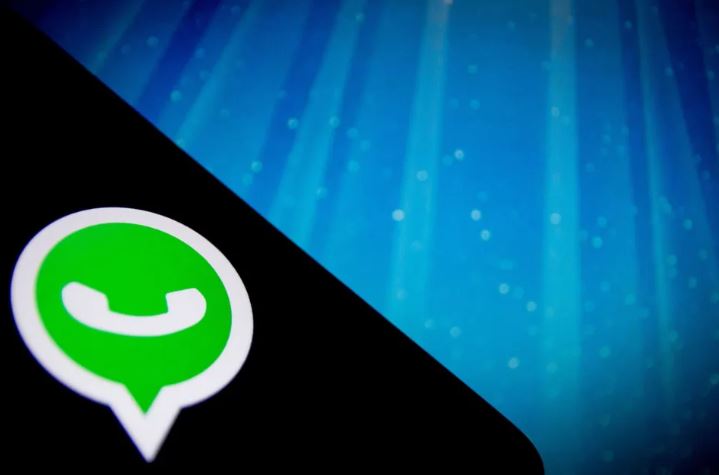 Zoom Boom: Impact of the pandemic on the cosmetic enhancement industry

Teaching kids about finance and stocks